This month we have a Q&A with Blue Star’s technical advisor, Eugene Flood. Eugene brings expertise in orogenic gold systems with over 35 years experience internationally and within Canada, several years of which were spent exploring in Nunavut. 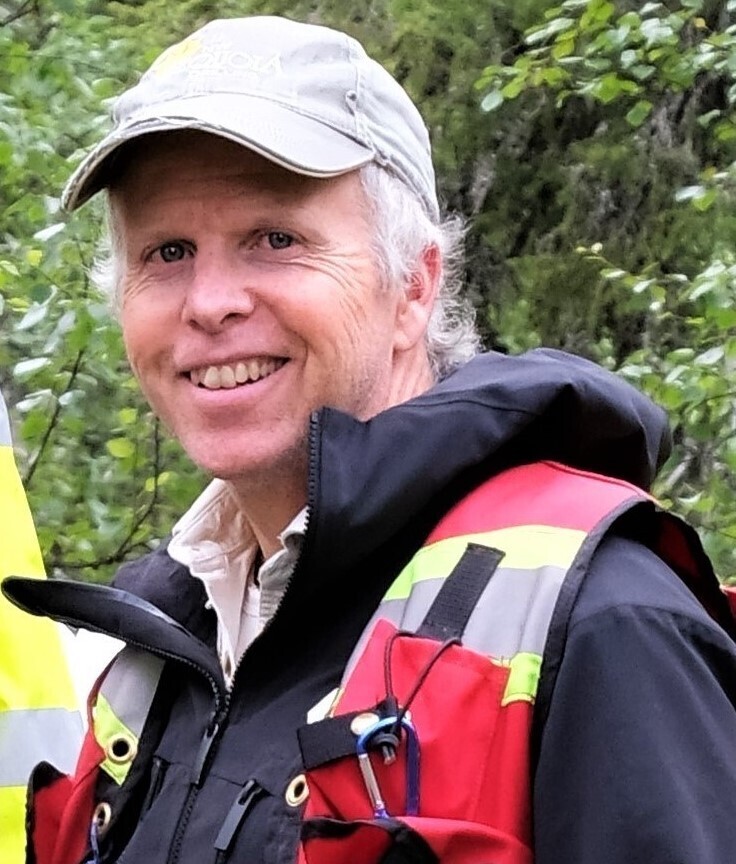 Blue Star brought you in as a technical advisor in the fall of 2020. How does it feel to be back, working on this project you discovered more than 30 years ago?

Ulu has always been a fascinating high-grade project and it is amazing to be back working on this property again. As part of a team of BHP geologists, we discovered Ulu before gold mines in higher metamorphic grade terrains like Eleonore in Quebec, Tropicana in Australia, and Bordon Lake in Ontario were found. The understanding of these deposits in the exploration community has improved considerably since Ulu’s initial discovery. Features that are generally consistent with amphibolite grade gold deposits include ductile deformation, calc-silicate alteration, and arsenopyrite + lollingite + pyrrhotite ore mineral assemblages, all of which are present at Ulu.

To what do you attribute the success of the initial Ulu discovery process?

BHP Minerals management supported the vision that the Slave Province had very high potential to host world class gold deposits. They were willing to risk doing reconnaissance in underexplored volcanic belts with prospective geology, even if the belts did not have an existing gold mine. A reconnaissance traverse, on the western part of what is now the Ulu Mining Lease, returned low grade values up to 1.2 g/t Au in September 1988. This prompted staking the original Ulu claims. My involvement began in the spring of 1989 and during the summer, I noticed fine acicular needles of arsenopyrite in boulders of silicified basalt during 1:5,000-scale mapping and sampling of the Ulu property.

What were the initial results and how did you find out?

The first rock assays returned were in the 10 – 40 g/t Au range. These gold grades compare favourably to established orogenic gold camps like Red Lake, which also has mines that contain acicular arsenopyrite. Historic examples of this acicular arsenopyrite style include the high-grade Campbell Red Lake mine’s F and G zones, and Cochenour’s 341, 537, and 412 stopes.

We used SBX radios at the time and communications could be heard by anyone listening on that frequency, so BHP used certain radio codes to designate and disguise the assay values of a sample. Some of the initial results exceeded the original code limits and were given a code we had never heard before. I believe that these were the assays of greater than one ounce per tonne gold, which is relatively rare for surface sampling. It was really exciting.

What were the best results of the inaugural drill program?

Drilling on the project began August 6, just five weeks after the surface discovery. The hit rate was very high in the first drill campaign and when mineralized core was consistently intersected, we knew it was a major discovery. The best result of the first program, 22 drill holes totaling 2,573m, was 9.03 g/t Au over 15.18m. The mineralization strike length outlined by drilling and surface sampling was almost 420m and the deepest intersection was at a vertical depth of 176m.

What has been Ulu’s best drill intersection thus far?

The best result was in 1997. It was 18.03 g/t Au over 22.56m (grade x thickness = 407 gram metres) in an underground hole (97UL100A13) drilled into a thick high-grade shoot by Echo Bay. This is comparable to intersections on the Dixie Project in Red Lake, including 18.58 g/t Au over 19.25m drilled by Great Bear Resources and now owned by Kinross Gold Corporation.

What was the focus of Echo Bay and later Wolfden?

After BHP sold the project to Echo Bay Mines in 1995, Echo Bay put in a -15% decline down to the 155m (vertically below surface) level and completed 1.76 km of underground development. They drilled over 16,000m underground in their quest to develop the Flood Zone as a satellite mine to feed the Lupin gold mine to the south.

Echo Bay had plans in 2003 to extend the decline to the 315m level, but a merger with Kinross and TVX ultimately sidetracked additional development and the Ulu project was sold to Wolfden Resources in 2004. Wolfden had planned to ship mined material from Ulu to the High Lake deposit to the north. Both Echo Bay and Wolfden were focused on Flood Zone production objectives and little attention was given to the additional mineralized target zones. The average gold price in 2003, when Echo Bay owned Ulu, was US$364/oz. In 2022, the average gold price has been approximately US$1900/oz, so the economic evaluation parameters have changed considerably.

Please expand on the potential of these other target zones and areas.

It is exciting to see how many targets still remain to be properly drill tested. One of the target areas called Twilight has the same acicular arsenopyrite style gold mineralization as the Flood Zone but has never been drilled. Other areas like Zebra and South Zone, which are close to Twilight, have ore grade intercepts with promising widths. The Gnu Zone area has multiple targets with both polymetallic veins and acicular aspy styles present.

We always felt that proximity to a major fold axis was an important feature in targeting. The Ulu Anticline hosts several showings over 5 km from the Flood Zone to the North Fold Nose. Other fold axis remain to be explored and drill tested, including Ulu West and the Crown-Pro trend on the nearby Hood River Project.

Further north, on Blue Star’s Roma property, there are also multiple zones with different gold styles. BHP conducted a small drilling campaign here and did not follow up on their significant results, including 12.38 g/t Au over 2.31m. Additionally, a 1.0 to 2.5m wide quartz ankerite vein with acicular arsenopyrite style gold mineralization and surface gold values to 5.5 g/t Au in a second area along a fold axis was never drilled. BHP left the High Lake Belt in 1994 and transferred the crew, myself included, to the Hope Bay Belt and we were fortunate to make additional discoveries there. There is a good correlation between metres drilled and ounces of gold identified in Archean volcanic belts. The High Lake Belt is considerably underexplored relative to the orogenic gold potential it has. Blue Star, with its commanding land position and extensive pipeline of targets, is in a good position to make new discoveries.