A regional till sampling program on the Roma Project was completed. In addition to confirming strong till trains for the known targets, several prospective new target areas were identified.

Over ½ of the >100 mineral showings in the ‘target pipeline’ were reviewed, prospected, and mapped, resulting in the identification/confirmation of several prospective target areas (see Figure 1). Examples include:

875-metre-long Gravy showing located ~ 5,500 metres ESE of the Flood deposit, may link to the Crown Trend providing a composite 2,200-metre-long corridor; no drilling has been recorded in the Gravy area

however one drill casing was located nearby, and

~700-metre-long Bouncer structure located ~1,700 metres west of the Flood deposit, no drilling has been conducted on this extensive zone.

Excellent progress made in improving the condition of the overall Ulu site (i.e., legacy waste clean up).

All drilling was completed with oriented core to assist in geological modeling. In addition, 58 of the >100 showings in the ‘target pipeline’ were reviewed, prospected, and mapped. Approximately 50% of the program samples are pending laboratory results, most of which are rock and soil samples.

The Central Zone target area is comprised of three inferred sub-parallel calc-silicate altered and locally mineralised structures traced intermittently on surface for up to 2,000 metres. One zone, Central-C, was chosen for additional drilling this season due to its proximity to the Flood Zone, the strong alteration present, and the down dip continuity determined from previous drilling. Drilling indicates a potential change in orientation of the structure parallel to the Flood Zone, a more favourable orientation for mineral development.

DD22-CEN-001 returned no significant intercepts although the target was intersected as an 11-metre-wide section of calc-silicate alteration with intervals of silicification and low abundances of acicular arsenopyrite. The drillhole cut a series of basalt flows with a significant fault that was logged above the target horizon.

DD22-CEN-002, returned an open 40.24 m wide moderately to strongly altered interval containing 0.73 g/t gold starting at 126.76 metres downhole, including 2.49 m of 2.70 g/t gold and 5.42 m of 1.35 g/t gold. The drill hole intersected basalt flows with an interval of interflow sediment located between 105.48 to 109.76 m. Two sections of weak irregular calc-silicate alteration were logged, with both returning anomalous levels of gold mineralisation associated with sections of stronger alteration, silicification and abundances of fine acicular arsenopyrite up to 2-3%.

Table 1: Table of drill collar locations for holes reported in this release 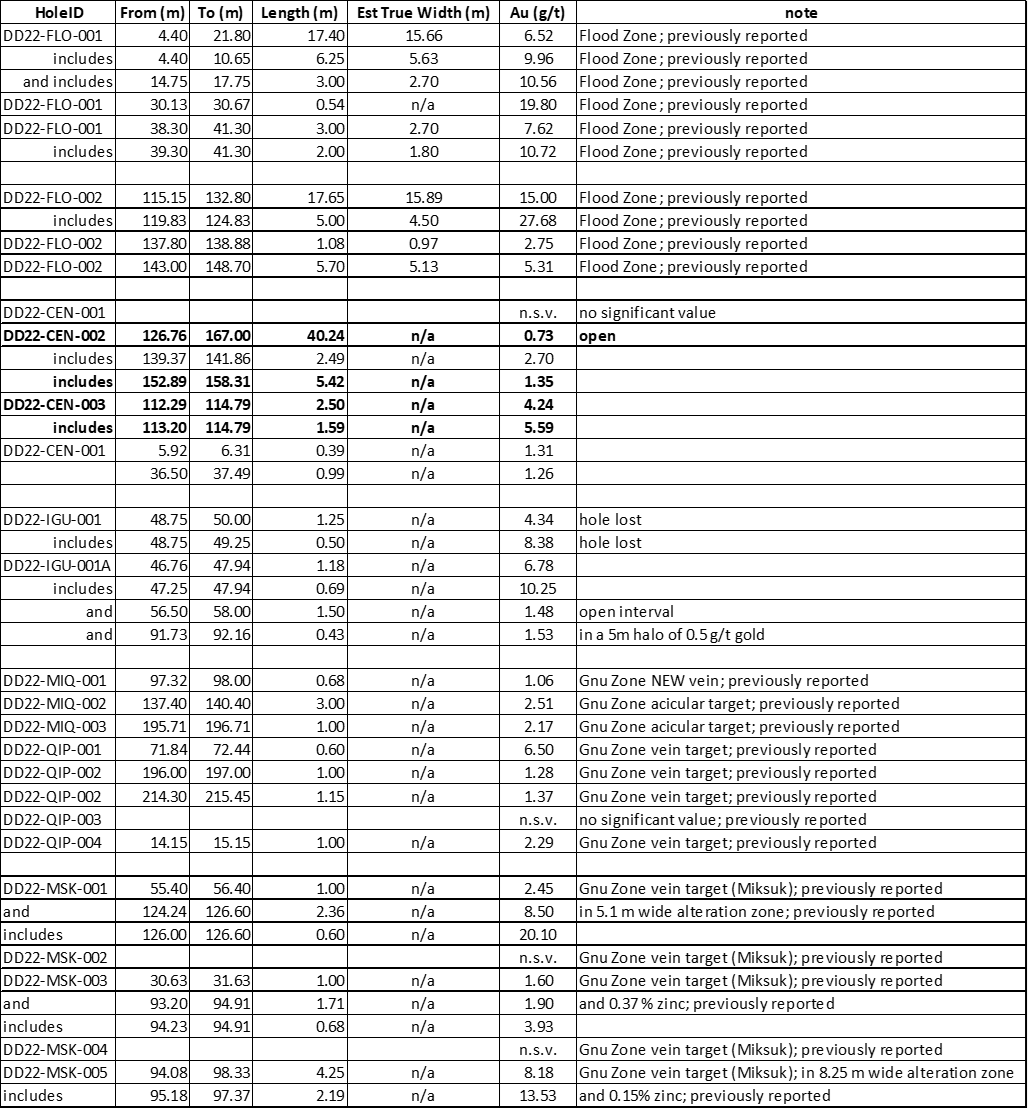 Table 2: Table of results to date 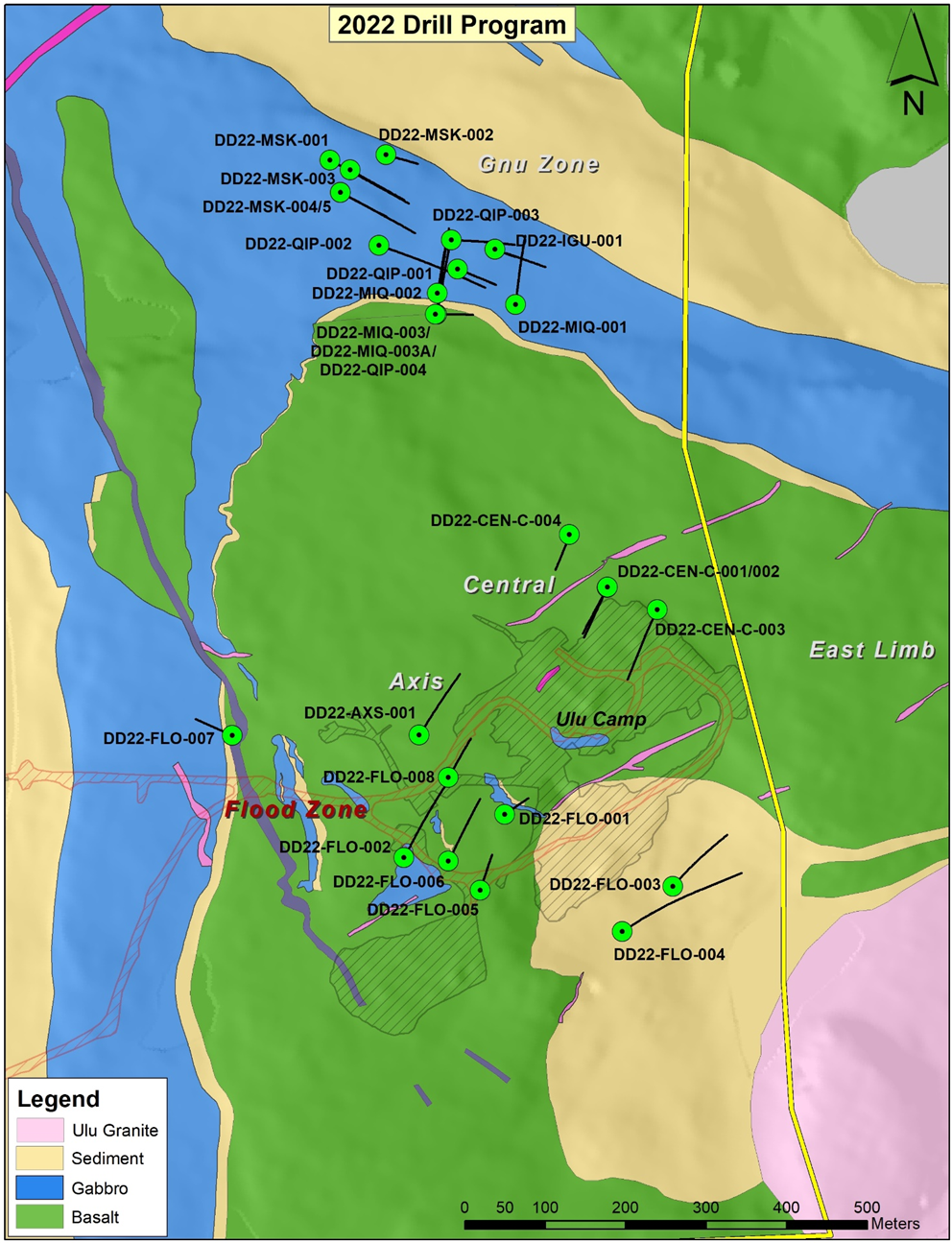 The site of the future deep-water port at Gray’s Bay is 40 – 100 km to the north of the properties, and the proposed route corridor for the all-weather Gray’s Bay Road passes in close proximity to the Roma, Ulu, and Hood River projects.