Blue Star increases Hood River Project area by 40% to a total of 112 square kilometres (see figure 1)
The expanded Hood River Project now includes the southern extension of the west limb of the Ulu fold that hosts the high-grade Flood Zone gold deposit, adding several highly prospective target areas
Additional targets acquired include the near drill-ready Twilight Zone that lies ~300 metres SE of the Flood Zone gold deposit
Twilight is an open 100-metre long NW trending auriferous contact between basalts and sediments; historical samples reported include:
channel samples of 32.4 g/t gold over 0.55 metres and 4.72 g/t gold over 0.43 metres
grab samples up to 15.7 g/t gold
the closest drill holes on trend are 200 metres away with one hole (90VD66) ending in mineralization of 6.31 g/t gold over 0.48 metres
Numerous anomalous historical samples occur on the expanded landholding which have received only limited follow up work including un-named leads returning grab samples up to 34.6, 13.9 and 9.52 g/t gold
The expanded landholding also includes diamond rights across the MEA which includes the known diamondiferous Tenacity pipe and numerous unsourced anomalous kimberlite indicator samples
All existing infrastructure in the region, including the airstrip, road network and quarries are now encompassed by the Hood River and Ulu Projects
CEO Grant Ewing stated, “The expanded Hood River Project provides Blue Star with multiple new targets areas to assess, with some of the most compelling additional areas lying within 2 kilometres of our high-grade Flood Zone gold deposit.“

Limited exploration has occurred on the Crown-Pro trend to the east, which is a folded package of volcanic units similar to the Ulu Anticline that hosts the high-grade Flood Zone deposit.

An additional underexplored section of the Ulu volcanic package is the southern extension of the west limb of the Ulu fold which is the host to the Flood Zone deposit.

Blue Star now controls the diamond rights across the full Hood River MEA area including the known Tenacity diamondiferous kimberlite and a field of unsourced kimberlite indicator mineral samples. Of interest is the substantial length of the inferred Tenacity till train; it has been previously hypothesized that a train of this size cannot be from a single source opening additional opportunity for a new kimberlite field.

“This expanded project area captures some high interest prospects and anomalies that were forgotten when the Flood Zone was discovered. These will add to our already substantial pipeline of targets in the region,” commented Darren Lindsay, Vice President Exploration.

Blue Star is awaiting the balance of the assay results from the 2021 exploration program which will be reported as they are received. Detailed planning and scheduling for the 2022 exploration program is now underway. It is anticipated that the field component of the program will launch in May and will entail drill testing several priority target areas over the Company’s extensive landholdings. 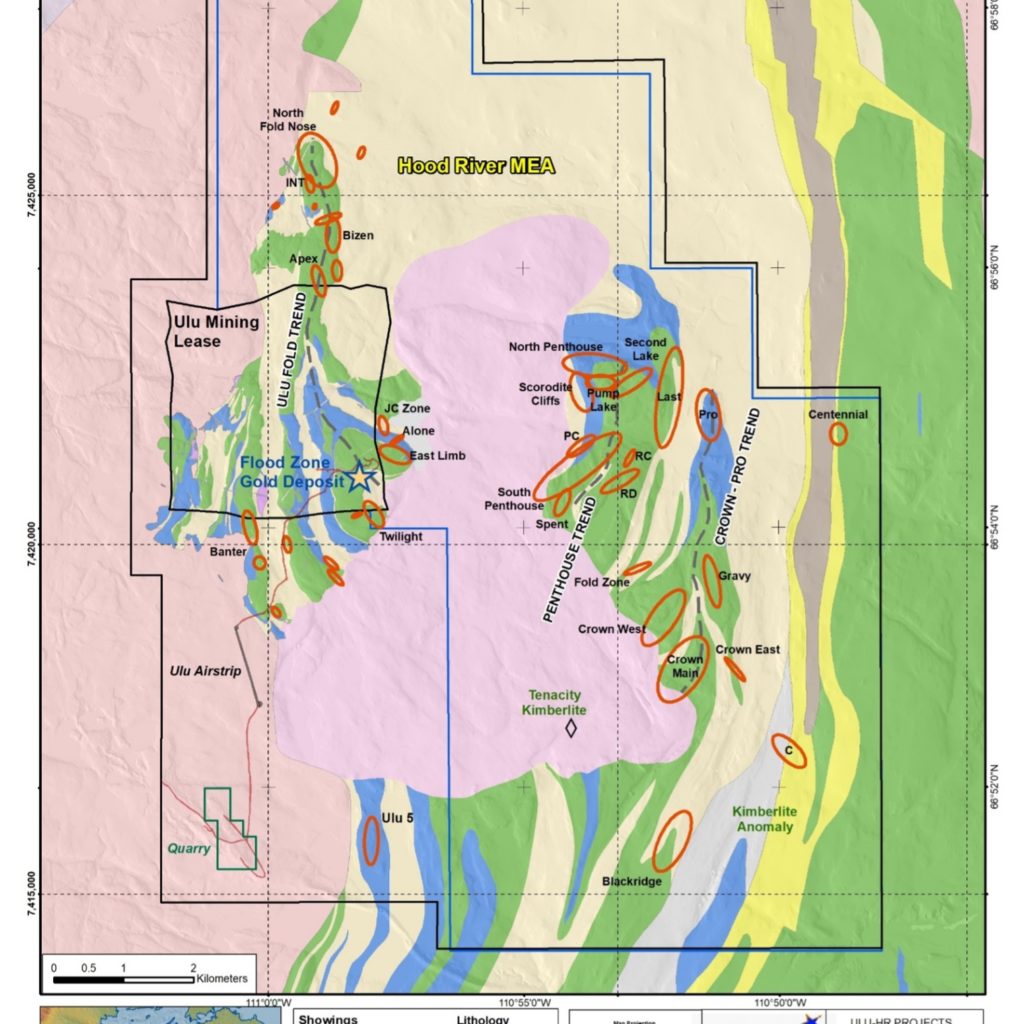