The Ulu lease and the contiguous Hood River property together encompass approximately 9,000 ha of highly prospective exploration ground. The Ulu lease hosts the advanced stage Flood and Gnu gold deposits, where a significant high-grade gold resource has been outlined. A series of gold occurrences occur on-strike and north of the Flood gold zone and are thought to be related to the ~5 km long Ulu regional fold that extends from the Ulu lease on to the north Hood River property culminating at the NFN zone. This structure, called the Robb trend, extends from the Flood and Gnu gold zones along the Ulu fold to the north and hosts at least five gold zones in addition to the Flood and Gnu zones (NFN, INT, Bizen, Apex and Contact zones) (see Figure 1, page 5). The Hood River property is contiguous to the Ulu lease to the north, east and south, and hosts over twenty known gold showings (see Figure 2, page 6). Many of the high-priority target areas outside of the Flood zone have only been tested with relatively shallow drilling, and the potential throughout the properties to host new discoveries at depth is considered high. Refer to the Company’s website to view a 3-D model of the Flood and Gnu deposits.

The program entailed 7,624 metres of diamond drilling in thirty-eight diamond drill holes on the Ulu and Hood River properties. The Flood zone holes were drilled to; provide additional geologic information and confirm certain aspects of the geologic model of the deposit, to improve drill hole density and allow for possible upgrading of the resource category, and to expand the resource base. The Gnu zone hole was drilled to further understand the host structure. The 3 Hood River property holes tested 2 early stage targets (INT and Bizen zones) on the highly prospective property.

Assays results from the balance of the 2020 exploration program will be announced over the coming weeks as they become available. 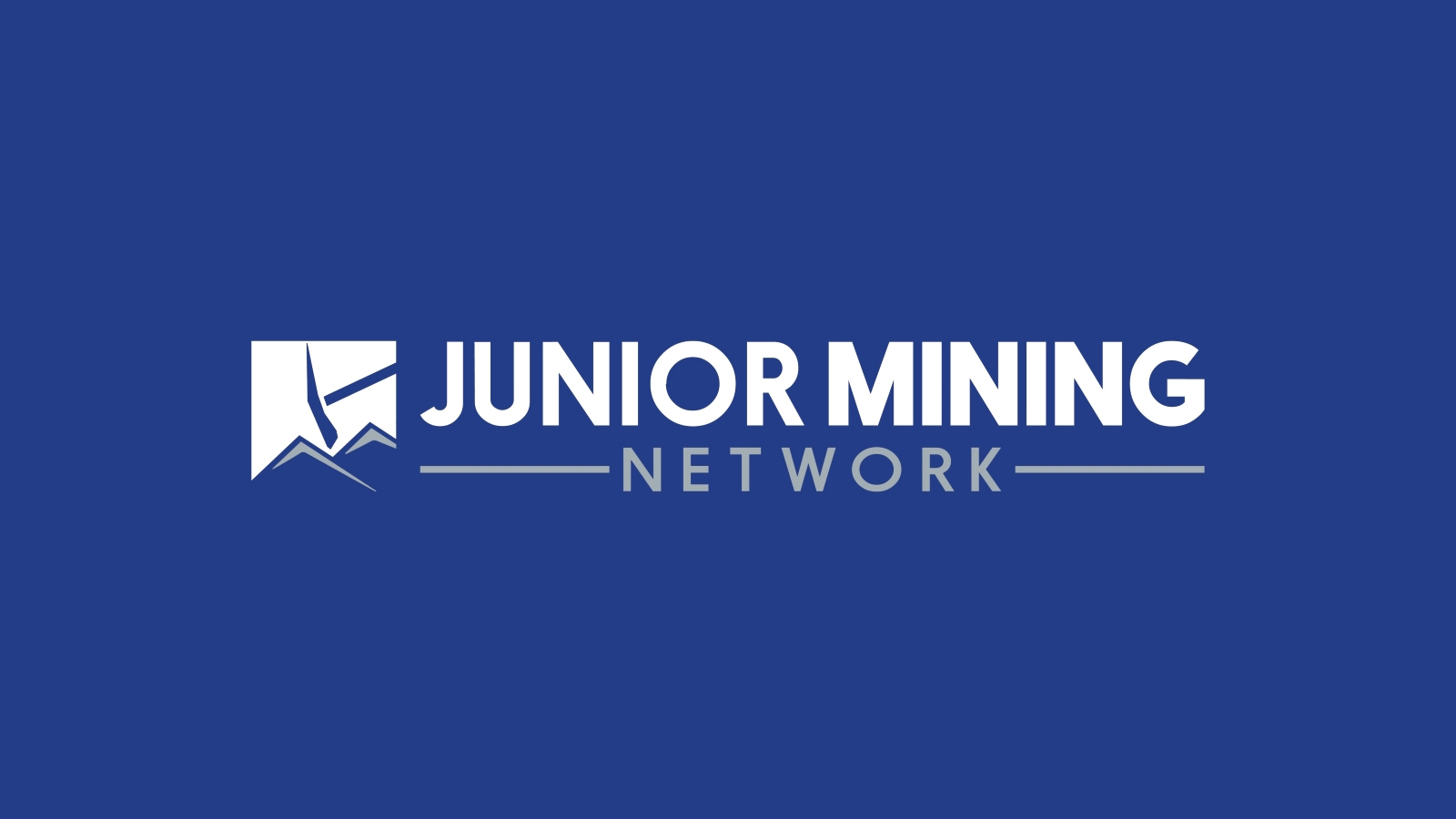 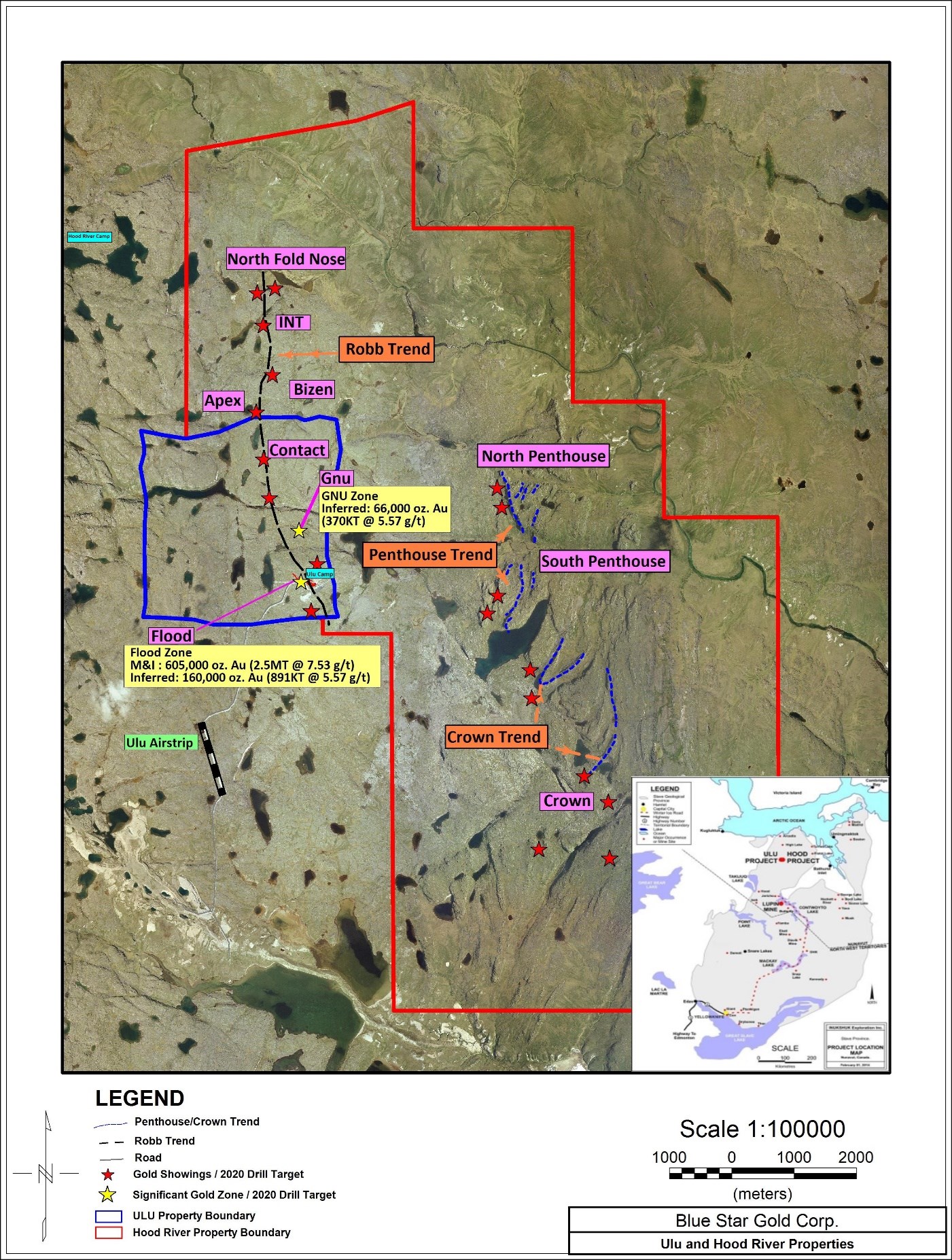 Assay results for 2 holes returned from the Flood zone and 1 hole from the Gnu zone :

Assay results for 3 holes returned from the Hood River property:

*Note that intervals listed in the above tables are core length, and not true width

All drill core was logged and sampled in secure core processing structures located at the Ulu or Hood River camps. Drill core samples were collected by either cutting the core in half using diamond saws or by splitting the core in half using hydraulic core splitters. In addition to the QA/QC protocols of ALS Global, the Company maintains its own program of inserting Standard Reference material in the form of standards and blanks into the sampling stream, prior to being shipped to ALS’s preparation facility in Yellowknife.

The Ulu property consists of a renewable 21-year mining lease and covers an area of approximately 947 ha. The lease hosts an advanced gold project that between 1989 and 2012 saw significant exploration and development by BHP Minerals and Echo Bay Mines, among others. The past work includes approximately 1.7 km of underground development and approximately 405 diamond drill holes that produced 97,820 m of core (Ulu and Hood River). The Flood zone contains the bulk of the Ulu gold resource and is open on-strike and at depth. Overall resources of 2.50 million tonnes grading 7.53 g/t Au for 605,000 gold ounces (measured & indicated category) and 1.26 million tonnes grading 5.57 g/t Au for 226,000 gold ounces (inferred category) have been estimated for the Flood and Gnu zones (refer to “Technical Report on the Ulu Gold Property, Nunavut, Canada” dated July 10, 2015). The deepest intersection of mineable width at the Flood zone is 14.9 g/t Au over 7.7 m in BHP’s drill hole 90VD-75 at 610 m below surface. Metallurgical testing on the Flood zone gold mineralization has shown that gold is recoverable in amounts greater than 90% by gravity, flotation and cyanidation.

The Hood River property is contiguous to the Ulu lease to the north, east and south. The property is held through a renewable, 20 year Mineral Exploration Agreement with Nunavut Tunngavik Incorporated. The highly prospective property encompasses 8,015 ha. At least 22 known gold showings have been identified on the property. The exploration target for the property is shear-hosted gold mineralization similar to the Flood zone on the adjacent Ulu lease.

Supplementing the high-grade gold resources, the Ulu project includes a substantial inventory of capital equipment, a Weatherhaven camp with shop and a 1,200 m long airstrip. The site of the future deep-water port at Grays Bay is 100 km to the north of the properties, and the proposed route corridor for the all-weather Grays Bay road passes in close proximity to the Ulu and Hood River projects.