The prospecting and sampling program ran in parallel with the drilling, exploring and tracing a series of gold mineralized zones from the NFN south for 2.1 km to the claim boundary with the Ulu mining lease. Blue Star has called this series of gold zones, the “Robb Trend”. The Robb Trend can be mapped an additional 2.9 km south within the Ulu property to the Gnu and Flood Gold Zones. This prospecting and sampling program produced 168 channel samples, cut with diamond saws over various lengths and sent for analyses. Previously taken historic samples by BHP or others were also evaluated and taken into consideration. Significant results for the Blue Star samples that graded of 3.9 grams/tonne Gold (“g/t Au”) or greater are summarized in Table 1 with locations shown in Figure 1 and Figure 2.

Stephen Wilkinson, the Company’s CEO and President, commented, “Our 2019 exploration program focused on the gold zones of the north-western part of our Hood River concessions has far exceeded our best expectations. The diamond drilling confirmed a new gold zone at the NFN which could potentially develop into another substantial gold and silver resource. In addition the gold resources of the Flood and Gnu zones in the Ulu mining lease anchor the newly-recognized 5 km long Robb trend in the south. In addition, the prospecting discovered a new zone, that we call the INT gold zone, about 350 m south of the NFN zone and also confirmed and increased previously seen gold values at the Apex and Bizen Zones”.

The Robb Trend as confirmed by prospecting occurs with remnants of complex, poly-deformed and variably metamorphosed Archean volcano-sedimentary terrain which is intruded by granitic batholiths. Over the 5 km-long trend, the Ulu fold runs through the Ulu mining lease north into the Hood River property culminating at the NFN gold zone. The Robb Trend of gossanous, high-grade gold showings stretches from Flood zone and the Gnu zone, along the Ulu anticline to the north. This trend can be seen extending north and is further defined by the mineralized zones like a “string of pearls” to include the Apex, Bizen and INT gold zones and concluding on the NFN as the northern anchor. (see Figure 1).

Table 1: Surface samples from the prospecting and sampling work during the 2019 exploration program where the assays returned values greater than 3.9 g/t Au.

The Blue Star geological team identified the gossanous auriferous rocks hosted within the mafic volcanic units at or close to the contact with meta-greywacke rocks. The gold mineralization is commonly enveloped by an alteration halo of biotite-actinolite-quartz. The mineralized zones are believed to be the result of brittle-ductile failure caused by regional stresses during different deformation stages. Along sedimentary-volcanic contacts, regional folding causing shearing, due to lithological competency contrasts, resulted in minor dilatancy. These dilatational zones were in-filled with the gold-arsenic-rich hydrothermal fluids. Mineralization shows pinch and swell style.

Sampling of the mineralized rocks found along the Robb Trend within the Hood River Concessions both confirmed zones found by BHP in the 1990’s and resulted in the discovery of the INT gold zone. Within the INT, the team’s channel samples returned six high-grade results that included 25.20 g/t Au over 1.0m. Table 1 lists the results of the 22 surface sampling for those showing assays of greater than 3.9 g/t Au. The locations of the 22 surface samples are shown in Figure 2.

The 2019 Exploration Drill Program in retrospect: With the completion of the 2019 drill program on the NFN, the Company is of the opinion the program was highly successful. The program expanded the understanding of the NFN mineralization that it has encountered there. Thus far the Company has identified high grade gold mineralization occurring within a highly folded and sheared quartz-flooded zone at the contact between meta-volcanic and metasedimentary rocks. The mineralized zone extends for more than 50 metres along strike, has an approximate average of thickness of 4m and has been traced for over 130 metres down dip. Most importantly, this structure remains open along strike and to depth. A summary of significant intersections from the 2019 drill program is presented in Table 2 below.

Stephen Wilkinson, Blue Star Gold’s CEO and President, concluded: “Our 2019 work on Hood River concessions substantiated our belief that the Robb Trend would deliver a string of gold zones over its north-south strike length of more than 5 km, anchored by the NFN Zone in the north and the Flood Zone in the south. We are establishing more new targets knowing full well the existing gold resource bearing zones remain open to depth and require infill and more step outs drilling yet. The sheer length of the Robb Trend and the impressive grades realized have convinced our team that there are numerous targets for building resources with plenty of room for expansion and infill possibilities. This is complemented by very similar geological formations on the eastern half of the Hood River concessions. For Blue Star, our next focus will be on the completion of the Ulu acquisition and then the renewal of the Hood River and, the Ulu Water Licences. For next year’s exploration program we will use the next few months for substantial analysis and evaluation of our new data together with the huge historic data and core evaluation of the BHP exploration library of the Ulu and Hood River area. Our grateful thanks and appreciation go out to all stakeholders, government agencies, contractors and especially the great people of Nunavut!”

QA/QC Program for the 2019 Exploration Work

The Company in addition to the QA/QC protocols of ALS Global maintains its own program of inserting Standard Reference material in the form of standards and blanks into the sampling stream, prior to being shipped to ALS’s preparation facility in Yellowknife.

Warren Robb P.Geo. is a Qualified Person under National Instrument 43-101 (“NI 43-101”), and has reviewed and approved the geological information contained in this news release.

Blue Star is a Vancouver-based gold and silver exploration company focused on exploration and development within Nunavut, Canada. The Company through its subsidiary, Inukshuk Exploration Inc., owns the highly prospective 8,015 ha Hood River gold property located contiguous to the Ulu mining lease. Blue Star has recently exercised its option to acquire the Ulu, an advanced gold and silver project and awaits regulatory approvals for the transmittal of the lease and assignment of the permits and licenses. (see Blue Star’s news dated – July 29, 2019) 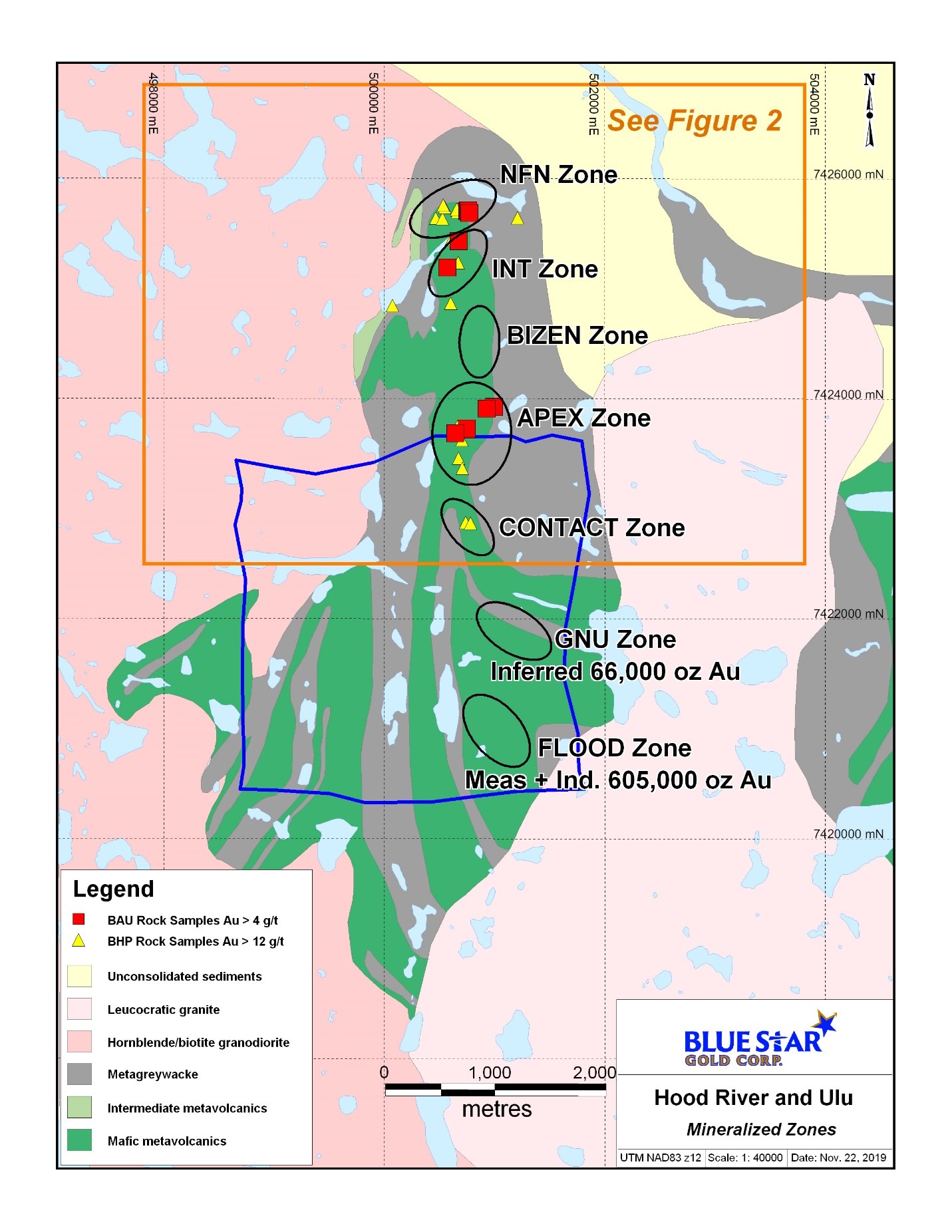 Figure 1: Gold mineralized zones defining the Robb Trend as recognized from the NFN zone on the Hood River Concessions southward to the Flood gold zone. Note: Only the BHP surface samples grading greater than 12 g/t Au were included as many of these were “grab” samples whereas Blue Star took more representative channel samples. 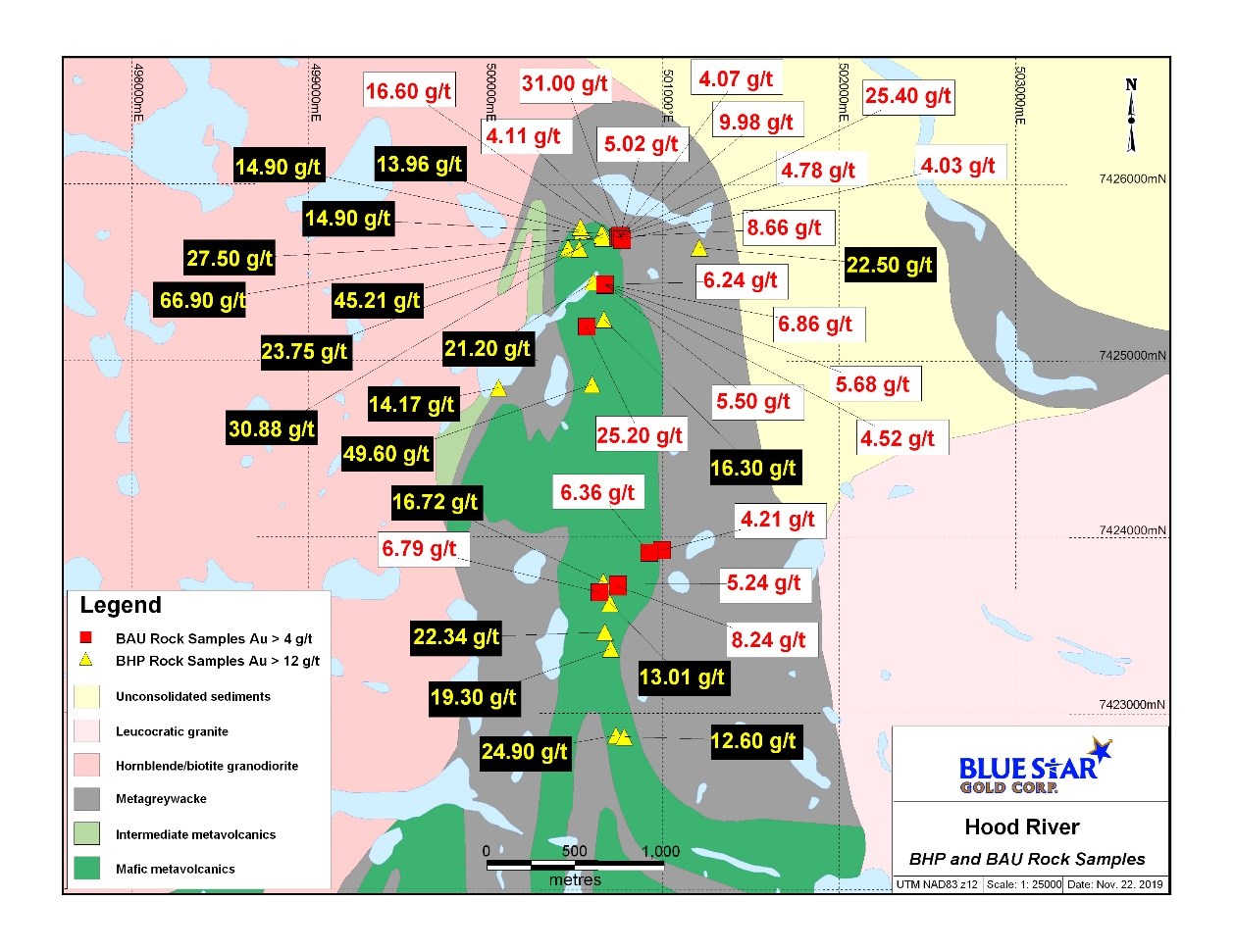 Figure 2: Inset map of Figure 1 showing detail of the northwest part of the Hood River Concessions, north of the Ulu mining lease and the locations of both historical samples and Blue Star’s 2019 prospecting samples. Note: Only the BHP surface samples grading greater than 12 g/t Au were included as many of these were “grab” samples whereas Blue Star took more representative channel samples. 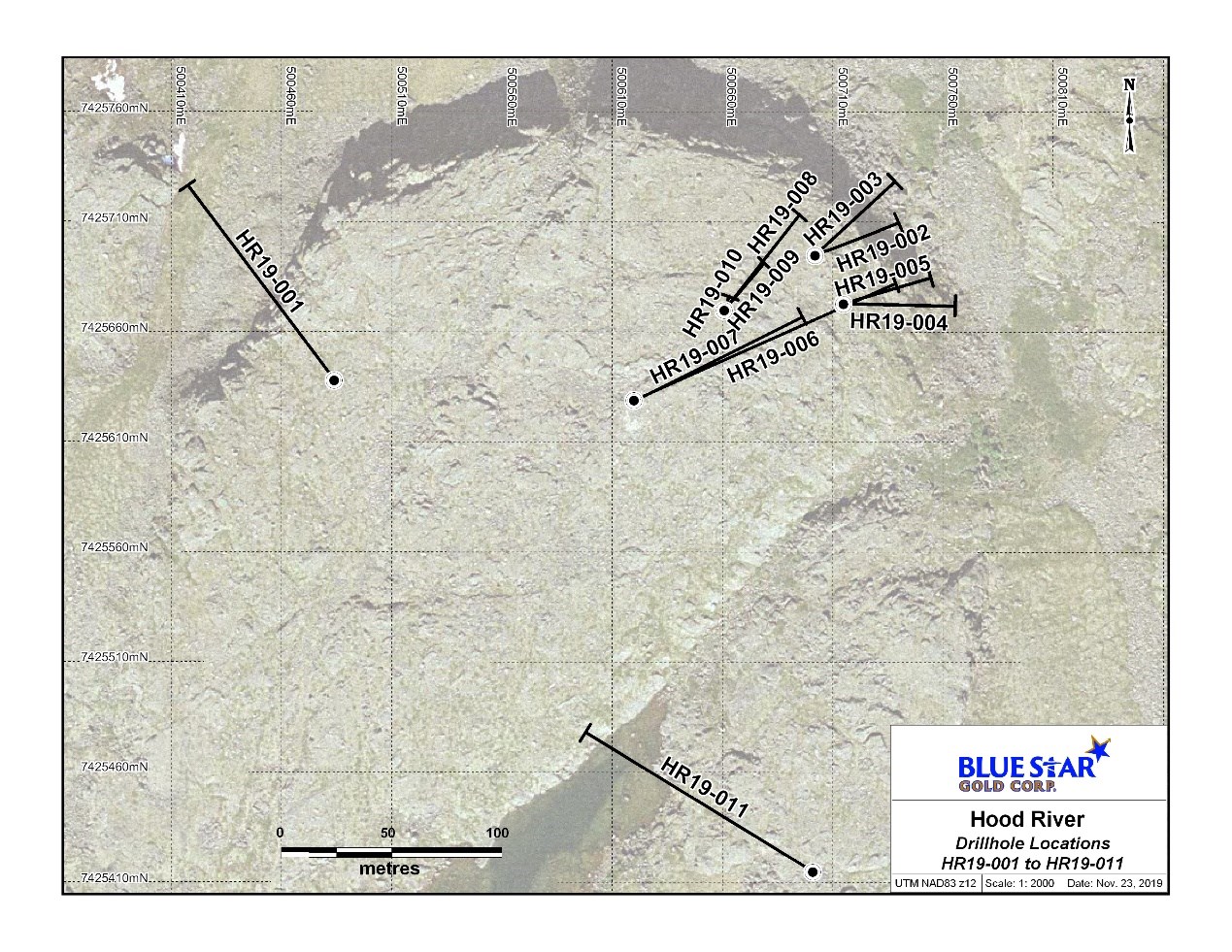 Figure 3: Locations of surface projections of the 2019 diamond drill holes on the NFN gold zone.